Taking leaps and bounds, it amazes us the way technology moves forward. Few years back, we were using Symbian devices from Nokia and were content with those under-powered devices while some used windows phones. Those with deep pockets started using iOS devices i.e. Apple iPhones. But then, android platform rose, initially not given due respect, but sooner stormed entire smartphone industry with growing popularity, ease of use, flexible ecosystem. Taking cue from the changing trend and market demands, Microsoft reviewed their phone platform and came up strong with Windows Phone 7, and later 7.5 (mango), but still, these were not upto what the competition were offering and lacked support for the latest multi-core processors and other hardwares that forms constituent of high-end successfully selling android smartphones. Furthermore, WP 7 platform lacked developers support and so not many great apps and games were available for this phone os. So to overcome most of these issues, Microsoft has finally come up with a more refined, retouched os i.e. Windows Phone 8. 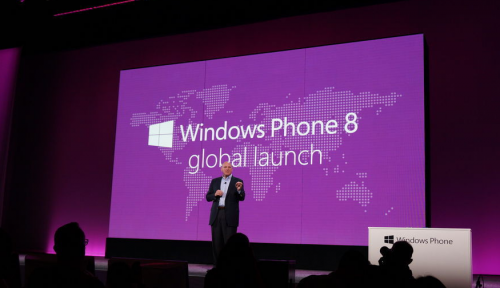 Let’s see what we can expect from a Windows Phone 8 smartphone :

These three WP8 phones are prospective to Microsoft for the spread of Windows Phone 8 ecosystem among high-end users and so Microsoft has featured these three even in their demo and ads.

Samsung ATIV S flagship smartphone from Samsung on Windows Phone 8 platform features 4.8 inch display similar to that of android flagship counterpart i.e. Samsung Galaxy S3. The display is of Super Amoled type and is magnificent on WP8. It measures 5.40 inch in height and 2.78 inch in width. It is just 0.34 inch thick which makes it undoubtedly the thinnest windows phone 8 device at current, unlike HTC 8x which is curved around edge to give an impression of thin profile. Design wise, it beats its android counterpart i.e. Samsung Galaxy S3 as ATIV S has brushed metallic back with ample sound grill at the bottom. Technically, it is as powerful as other flagship phones from other manufacturers like HTC and Nokia featuring 1.5 GHz dual-core processor and 1GB RAM. It has 8 mp rear camera and 1.9 mp at front, which are not as good as Nokia Lumia 920 PureView camera. It doesn’t have LTE capabilities, just HSPA +. It does have NFC support, Micro-SD card slot. It will be released in two size variants namely 16 GB model and 32 GB model, but its availability and price of Samsung ATIV S is not revealed but is likely to be in November.

HTC 8X is smaller than Samsung ATIV S but touts great design and native touch and feel of WP8 color schemes. Sporting similar processor and RAM capabilities as other high-end WP8 devices i.e. 1.5 GHz Snapdragon S4 dual-core processor with RAM of 1 GB. It features 8 megapixel camera with backside illumination and ultra-wide angle supporting front camera of 2.1 megapixel. It has display of size 4.3 inch.The price of HTC 8X is not yet revealed, but it is likely to be available from November in stores. Check out HTC 8X. HTC 8X is featured in Windows phone 8 ad by Steve Ballmer, so this hints that this phone has caught fancy of folks at WP 8 team. Nokia Lumia 920 is wp8 phone with the best camera, and the flagship phone from Nokia, on which the finnish handset maker has laid its hope for revival of its position in smartphone market. PureView camera with floating lens technology is one of its own kind and is touted to be the best camera on any smartphone in the market (Exception is Nokia 808 PureView). Powered by 1.5GHz snapdragon dual-core S4 processor, 1GB RAM, Adreno 225 GPU, Nokia Lumia 920 promises the same performance as HTC 8X or Samsung ATIV S. The display is 0f 4.5 inch size which makes it between 8x and ATIV S. The display is of PureMotion HD+ IPS type which promises improved legibility outdoors. And did I mention support for wireless charging?Learn more about Nokia Lumia 920. The price and release date of Nokia Lumia 920 will vary from region to region, but you don’t have to wait much longer to get your hand on this beautiful phone.