Reigning smartphone of 2012 i.e. Samsung Galaxy S3 is now old, yet it is worth stacking up Galaxy S3 against HTC One in ring square-off. Since, we’re keeping Galaxy S3 on the stand against the mighty HTC One, let’s include Apple’s iPhone 5, the fierce rival of top-notch android phones. Let’s see how these three phones outbid each other and on what scale and in which aspects. All these three phones are kings. With HTC One, HTC has high hopes and currently HTC One is supposed to be the best phone in the market in terms of raw hardware performance. You might have noticed design similarity between HTC One and iPhone 5. HTC has brilliantly worked on design, camera, sound aspects of One. We’ve already made comparison of HTC One vs Sony xperia Z, so here lets explore the differences in specifications of HTC One VS Galaxy S3 VS iPhone 5 here in this post: 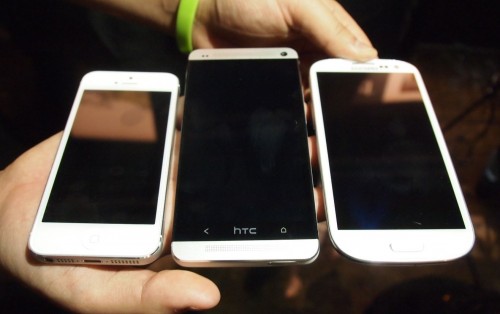